Stories of people being fired for using bad judgment on social networks are nothing new. Every once in a while, the media picks up the tale of an unfortunate worker who bashes his or her boss via Facebook, disparages clients via Twitter, or is caught in a lie that results in losing a job.

It’s enough to make some readers believe staying away from social media is their best bet to maintain their jobs and preserve their professional reputation. For those without a filter to prevent sharing inappropriate information and details, that may be the best bet.

However, a recent story of a radio personality in Atlanta fired for tweeting unflattering comments about Delta Airlines (an Atlanta-based company and major sponsor of the station where he worked) demonstrates some important lessons about Twitter and shows the social network’s power to impact and reach key contacts.

This radio producer and sports commentator was trying to leave St. Louis via a Delta flight that was delayed due to icy conditions. While other airlines’ flights left, he became increasingly annoyed that his did not.

His Tweets included the following comments:

“Not a big quote tweeter, but #delta should remember ‘when you fail 2 prepare, you prepare 2 fail.”

“New #delta strategy on de-icing planes in st. louis: wait ’til it melts. well, the company is based in atlanta.”

Local NBC affiliate station 11 Alive reported that the Tweeter received a text from a boss at his station, warning him to stop his Tweets. According to 11 Alive, “By 6:30 that night, after he landed in Atlanta, [he] was fired, eight hours after the tweets began. [He] says his bosses told him Delta threatened to pull its advertising from the station.”

What did this Tweeter do wrong?

What can job seekers/others learn?

While this Tweeter discovered the power of one social network (Twitter) to his detriment. This experience should show everyone that power. Realize that it is just as easy to leverage Twitter, and all the social networks, for positive results as for negative ones!

Miriam Salpeter is a Career Action Coach and Owner of Keppie Careers. With a master’s degree from Columbia University and over 12 years of experience, her mission is to encourage, enlighten and empower job seekers and entrepreneurs for success. She teaches best practices to land great career opportunities and offers clients clarity, confidence, and social media know-how. You may follow her on Twitter @Keppie_Careers.

How to Answer “Where Do You See Yourself in Five Years?”
read more 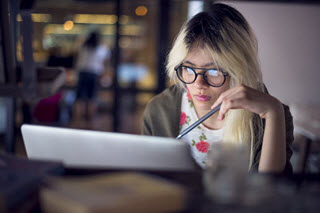 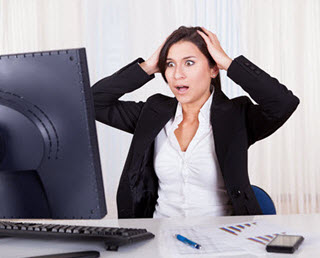